Skip to content
Striking the Balance: Top-Line Growth and Return on Capital

Striking the Balance: Top-Line Growth and Return on Capital 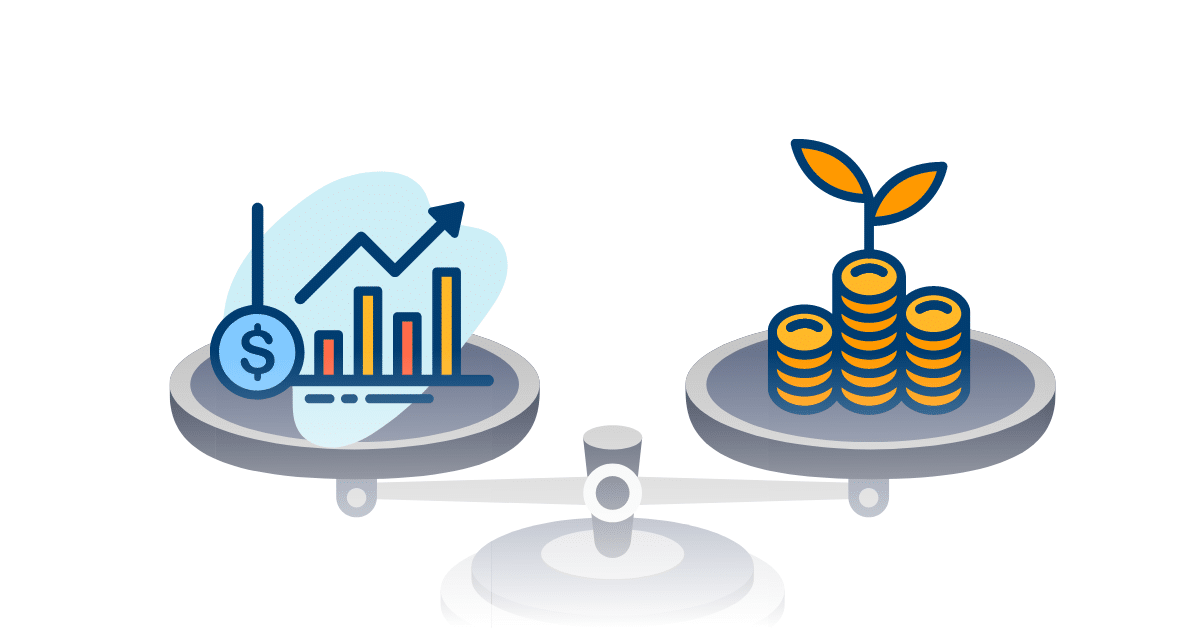 While companies enjoying healthy rates of return should vigorously pursue revenue growth as a primary driver of value, underperforming businesses should focus their efforts on improving returns on invested capital before seeking new growth opportunities.

A company’s value is driven by two key variables:  the rate of growth of its revenues and the rate of return on the capital it invests (ROIC) to generate such growth.  Furthermore, evidence suggests that revenue growth is generally the most important driver of business value.  By some accounts, between 50 and 60% of a company’s value can be attributed to its rate of growth.

Given this fact, it is not surprising that finding new sources of growth is almost universally at the very top of management’s strategic agenda.  However, prioritizing growth over ROIC is not always the right recipe to increase the value of a business.

The logic behind this statement can be more clearly understood by analyzing value creation potential under three scenarios:

When is Growth the main priority?

Under the first scenario, a business should continue to pursue growth as a primary objective as long as new growth initiatives yield rates of return in excess of the cost of capital.  This assertion seems straightforward.

However, in our experience with many senior management teams, companies are generally reluctant to invest in growth opportunities that might lead to a decrease in the company’s average return on capital.  The fact is that a company’s value will continue to grow even at the expense of a slight reduction in average returns.  This concept is best explained by means of an example.

Suppose a company has thus far invested $400 million of capital across several initiatives.  It is earning 18% per year and its cost of capital is 10%.  The value it is generating is therefore $400*(18%-10%) or $32 million per year.  Now assume it identifies an investment opportunity that would demand a $100 million capital commitment and would yield an annual return of 15%.  The value of such investment would be $100*(15%-10%) or $5 million per year.  Combined with the value produced by existing investments the company would now be generating $37 million in value each year, which would result in an increase in the company’s total market value.  The company’s average return on capital however would decline from 18% to 17.4%.

Most executives struggle to accept this change.  In our discussions with executives to help them make sense of this seeming contradiction we stress that the goal is to maximize value in absolute dollar terms even if there is a slight decline in average percentage returns.  The bottom line is that provided incremental investments create value, they should be pursued.

Balancing Growth with Return on Capital

Under the second scenario, where a company’s ROIC is only slightly above its WACC, management should focus on both improving ROIC while seeking new growth opportunities.  Doing so is the best way to improve total returns to shareholders and grow the value of the business.  However, management must devote equal attention to both value drivers to avoid the risk of destroying value.

When a company’s return on capital is lower than its cost of capital pursuing further growth opportunities will likely result in more value destruction.  Companies in this category should focus first and foremost on improving ROIC and only then resort to pursuing growth opportunities to improve the value of the business.

incurring in losses in order to position yourself in the market

What about nascent companies or companies trying to position themselves as leaders in rapidly evolving, high growth industries or established companies pursuing new growth opportunities to exploit adjacencies?  Understandably, in most of these cases there will be an initial period of losses and negative returns.  How to reconcile this fact with the prescription provided above?  To ensure long term value is generated from these ventures it is critical for management to set clear targets for reaching profitability in a timely manner.

A key element in ensuring that these goals are met involves identifying milestones to be reached as the journey progresses and holding the team in charge accountable for achieving the agreed upon goals.

While growth is undoubtedly the primary engine of value, it should not always be the top item on management’s agenda.  If a company’s returns are healthy growth opportunities should be vigorously sought.  However, for underperforming businesses management should first focus on improving ROIC before devoting effort and energy to finding new growth opportunities.